Al the Chemist is a chemistry puzzle game. I was in charge of the foreground art, branding, web design & print design.

Armed with the Chemical Bond Sequencer (C.B.S.), Al can forge chemicals from base elements in order to suppress walls of fire, create light, melt obstacles, and more. 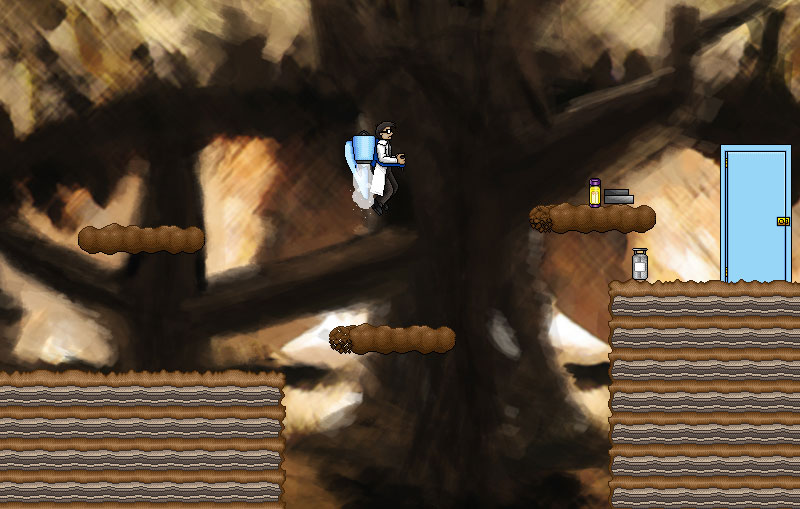 The original Al the Chemist website was designed and built in 2011. It focused on directing users to sign up for beta testing. I used the website as an opportunity to experiment with CSS3 animations. 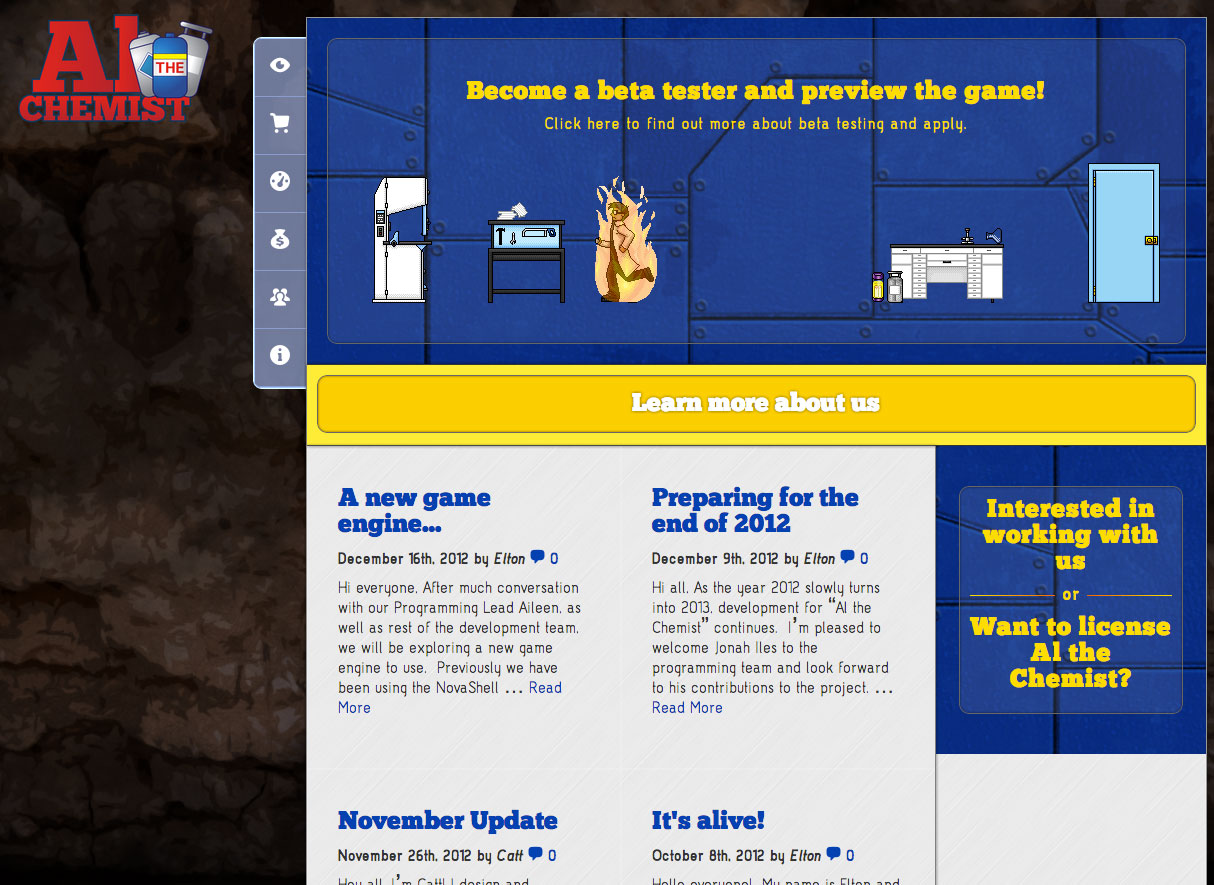 Version 1 of the website featured Al on fire, running across the screen.

I redesigned the website in 2014 after reviewing the needs and goals of the team. The logo is now larger, centered, and above the navigation. The navigation is larger and easier to read. 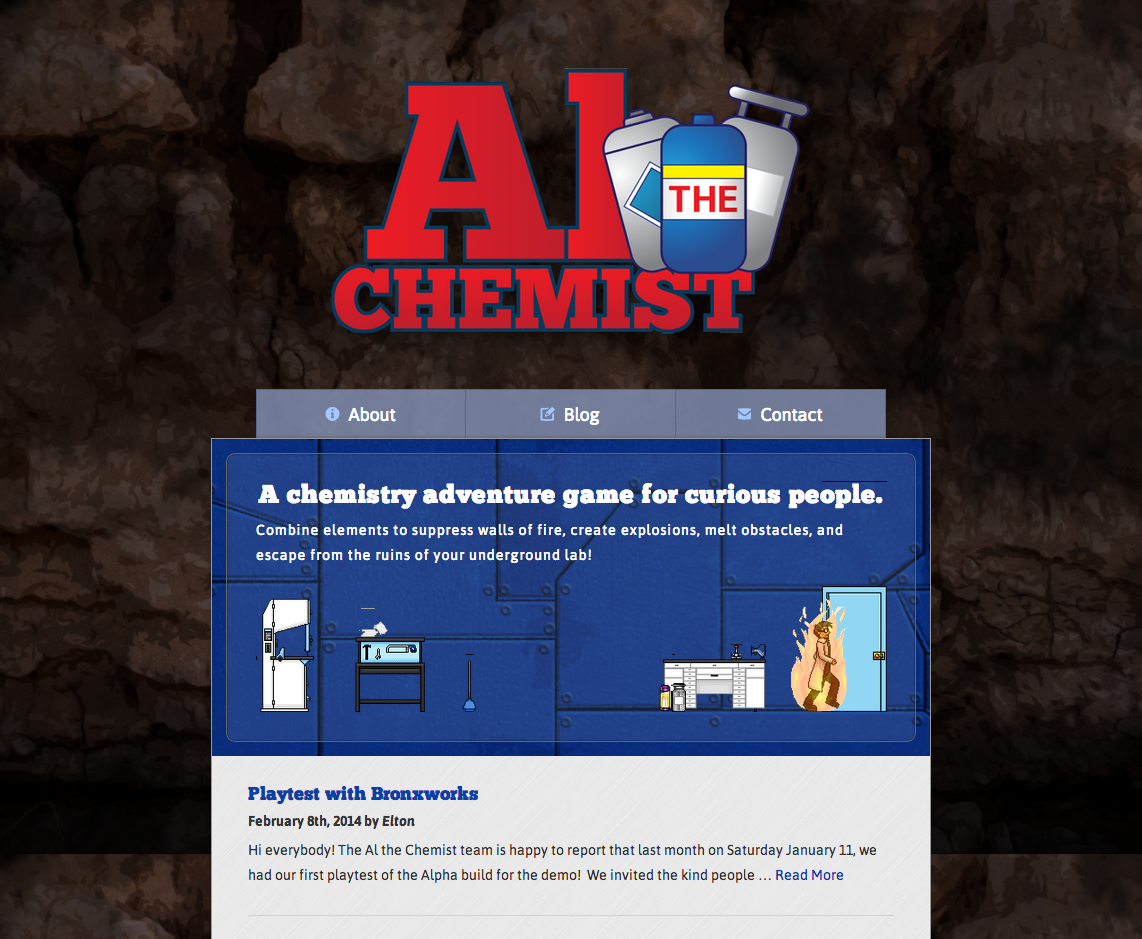 Instead of linking to a beta test area, the home page now does a better job at informing prospective players, publishers, and conference/contest judges about the purpose of the game. The about page contains more information and a redesigned list of game credits. 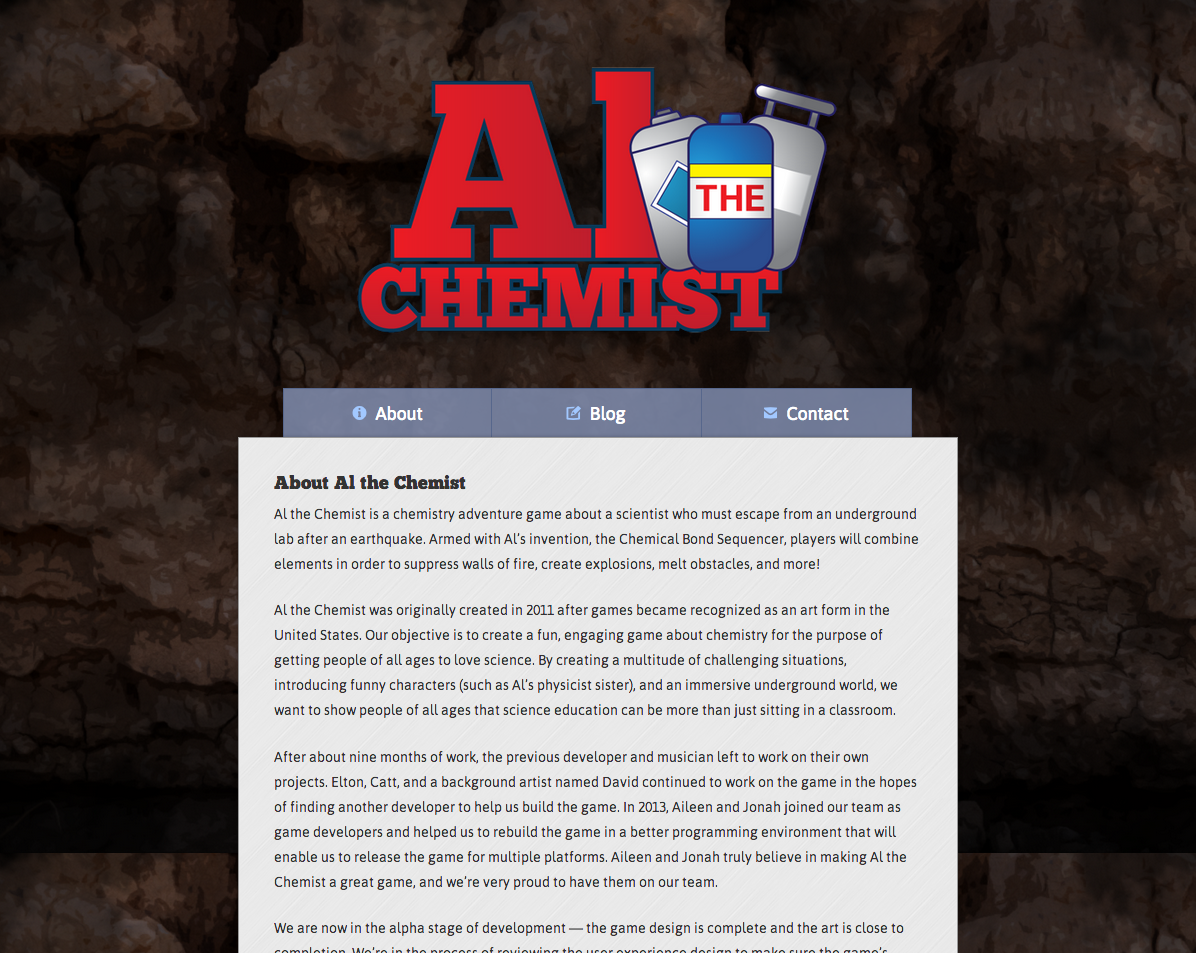 Users can read about the story behind Al the Chemist on the About page.

Due to project scope and lack of funding, Al the Chemist was never completed.