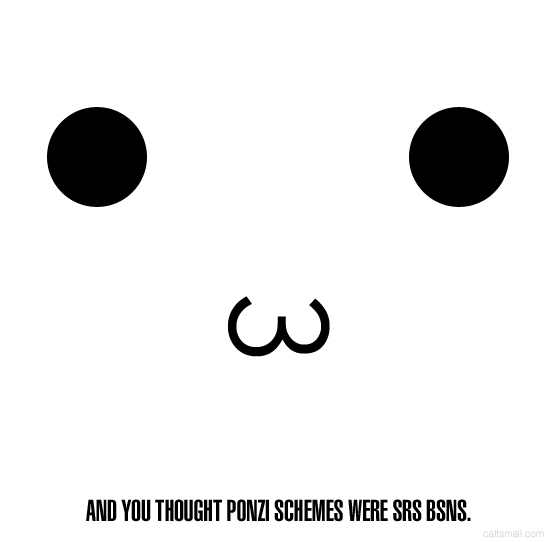 Kyuubei, Kyuubey, or Kyubey. However you spell his (?) name, he has singlepawedly destroyed my idea of magical girls forever.

Puella Magi Madoka Magica is a show that starts out so clichéd, but slowly develops into possibly the most intriguing, DEPRESSING magical girl show in the history of anime so far. There’s already a list of theories surrounding the show and it’s only up to nine of 12 episodes. I don’t know what kind of stuff will happen in the last 3 episodes, but so far three girls have died, Kyuubei has gone from Luna-like to what psychologists would label as insane, and magical girls have been defined as soulless shells. Since episode three, there have been crying and sunset scenes galore. Despite this fact, I CAN’T STOP WATCHING IT.

People might think it’s an extremely feminine show, but because of its status as a mental thriller (and lolis are abound as well), it’s actually appealed to many guys I know. I wholeheartedly recommend this show to anyone who enjoys having their childhood perception of a genre completely altered by little girls flying around in costume. More info about the show is here.

Besides this, I’ve been working my brains out on a project for a class called Designing a Business. I can’t reveal details of the project yet, but hopefully I’ll be able to at a later time. My other classes are alright, but I’ve been experiencing a severe lack of inspiration for them these days. I guess part of it is due to the length of time I’ve been working on the same project (one issue of a magazine is taking us a YEAR to design) and how tired I am of seeing it. I know that the results will be great, but sometimes the whole process just feels so tedious.

All in all, I’m glad to almost be done with school. After I graduate, I’ll most likely be taking some classes to learn more complicated web languages such as ASP.NET, more PHP, MySQL, Ruby on Rails, etc. I don’t know what I would do in graduate school since there aren’t degrees for web design yet. I’m not really into computer programming, so I think a Computer Science degree is out of the question. I’ll be working wherever in the meantime and hope to sooner or later establish my own business.

Next week I’ll be heading to Boston for PAX East 2011, and I expect it to be awesome.

PAX is basically a video game convention for gamers created by gamers. It’s unlike every other game convention because it’s more about playing & celebrating games than seeing new releases. I might post a recap of the event when it’s all over, but knowing my schedule, I might not have a chance. I have work the next day, so there’s no time for me to have a break. Oh well, such is life!

Until next time, and remember: u watch Madoka Magica, U MAD BRO!