At the end of August 2021, I tweeted a story about an experience with bias that impacted my career. It resonated more than I expected with thousands of people across Twitter and LinkedIn. In case I decide to delete those tweets later, I’ll recap my story here and share some ways I’ve held myself - and leadership at various employers - accountable for diversifying our workforce at all levels. I hope this can be a call to action for those who know the value of diversity but aren’t sure how to move forward.

If you only hire people who have "done it before" then you'll miss out on every marginalized person who hasn't gotten promoted because their bosses couldn't "picture them doing the job".

In a recent unconscious bias class, I was reminded of a negative experience from at least five years ago. At a previous employer, I was encouraged by my manager to apply internally for a Lead Designer role. The interview process, I was told, was a formality and my prior experience as a Senior Designer on a major project made me a great fit.

I went through hours of interviews and everyone was on board — except one person who really couldn’t picture me in the role. That person was a man and, of course, was also one of the biggest voices in the room. And since he wasn’t on board, I didn’t get the role.

The person who told me the news cried as she spoke. She was disappointed that they wasted everyone’s time, apologizing for the entire experience. So I scheduled time to request feedback with the biggest voice in the room.

In our conversation, he couldn’t offer any specific feedback about my work experience that would’ve shown an inability to do the job. Instead, he said something along the lines of “I wanted things before my time when I was your age, too.”

At first, I took his comment at face value. During this bias training, years later, I realized this comment was ageist. It reeks of other kinds of biases related to my gender and race as well. I can confidently suggest this because I have since had more gatekeeping experiences like these even as I’ve aged.

Risk-aversion reinforces systemic injustices and harms businesses. We won’t have diverse workplaces if we only give opportunities to those with “prior experience”. This issue negatively impacts both those who have been historically excluded and our next generation of workers.

Many hiring managers don’t even recognize their thought process is harmful. This is important to do if you say you care about diversity, equity, and inclusion. Many people have been gatekept from the right opportunities through discriminatory practices exactly like the “done it before” mindset. How do you become a leader if no one will take the risk to let you try? And who wants to do a lateral move unless they’re escaping from harmful company culture?

Every leader has had multiple people sponsor them — taking on huge risk — during their career, and marginalized people need more sponsorship. If you’re a hiring manager, I encourage you to look beyond previous experience and see what might be next. Unless you take action, you are merely giving DEI lip service rather than being actively anti-racist.

How do we make change?

If you’re a hiring manager or interviewer… 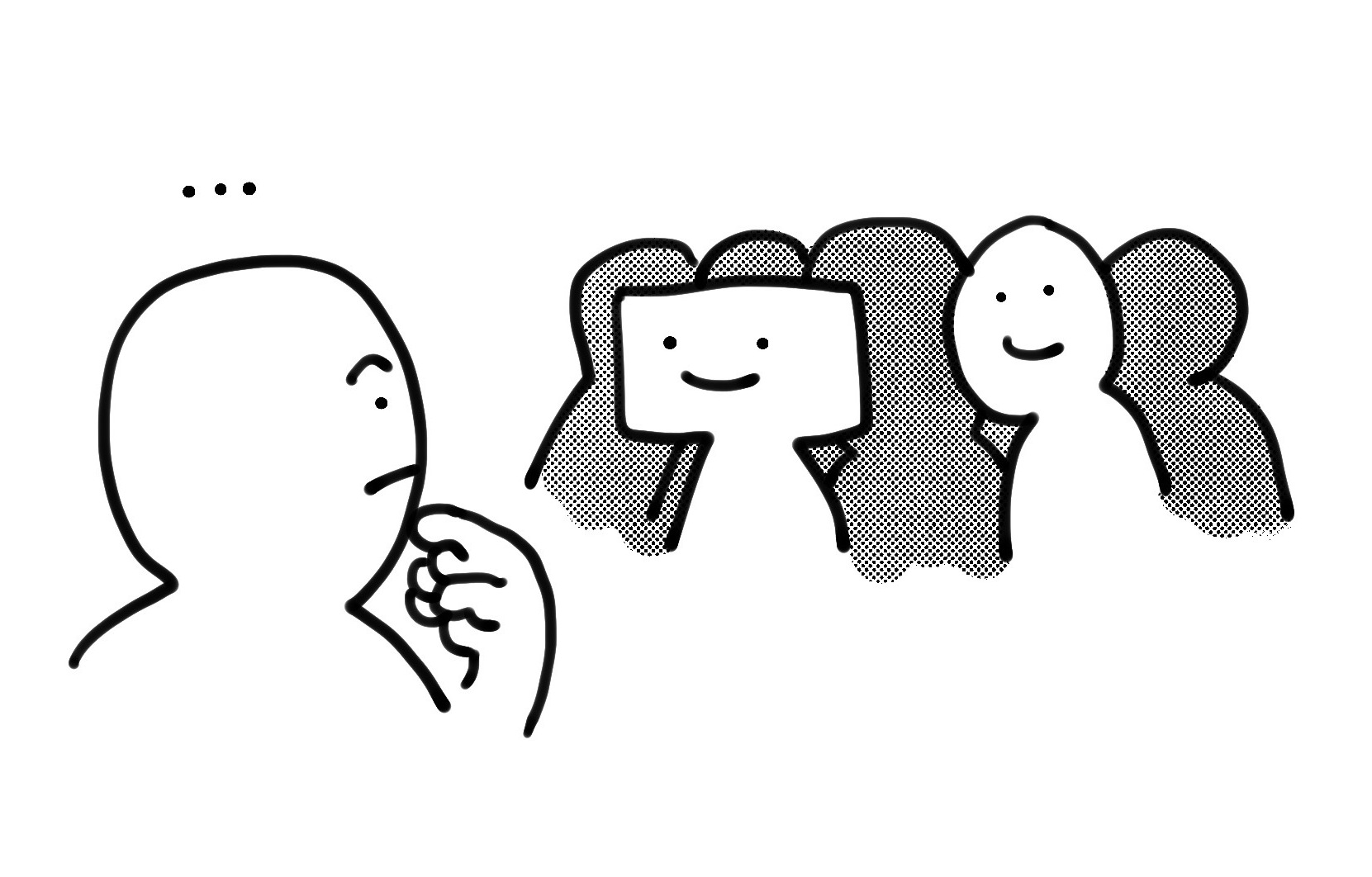 Lots of people have covered the impact of unnecessary requirements in job descriptions. Requiring years of experience discourages qualified individuals from applying and is an act of gatekeeping that may discriminate against people with unique situations. And degrees aren’t the only way to get valid experience; some bootcamps prepare folks more than slow-moving academia does.

Many smart, driven individuals have unique backgrounds and you’ll miss out by judging them according to criteria not applicable to the work. Instead, concentrate on the qualities you imagine the right person for the job would have — for example, the ability to plan and conduct user research or direct a team according to a strategic vision.

Candidates might also opt-out if your job description includes certain cultural red flags. The “tight-knit” nature of your team might feel too exclusive to new employees. A “customer-obsessed” team might work late nights and weekends.

Instead, illustrate how your company ensures everyone has equal access to support. Help this person understand the value they’ll add to (and will get from) your company. For example, I’ve seen job descriptions include an interest in people who have hobbies outside of their job — a great way to signal you’re a safe place to work and won’t expect unpaid overtime.

Many employers want senior talent but are unwilling to invest or take a risk. We must look beyond concepts like “subject matter expertise” (which you can learn), “culture fit” (which will result in a homogeneous team), and “an exact match for the role” (which will result in lack of growth for the candidate and probably also a homogeneous team). If someone has good foundational skills and can adapt, you can put them in nearly any situation — with the right resources, ideally — and they’ll swim.

Rather than looking for folks who have “done it already”, look for those with the right mindset to get stuff done. Ask each interviewee questions to help you determine if they have the core skills necessary to succeed in the role. Make sure each interviewee responds to the same questions so you can compare them according to a rubric.

Beyond core skills, what could be fixed with the right training or mentorship? Are there any major red flags, or are there just risks that can be overcome with the right level of support? Get creative and imagine ways you might be able to help them grow into the role. Use your power to correct the negative cycle.

How many of the red flags you saw during interviews are skills-based or personality-based? Would you have flagged those concerns if the interviewee was a cis white guy? How many, if any, of those concerns might negatively affect their day-to-day communication or delivery of work? If none would, they probably aren’t major concerns.

Assuming the interviewee didn’t display a lack of interest in learning or say something discriminatory, lack of “culture fit” shouldn’t impact someone’s ability to do their job. “Culture fit” hurdles must be overcome within yourself; don’t use them as a reason to decline a candidate. Leave out anything focused on “culture fit” and instead focus on the potential value-alignment and impact of your new hire.

Would you go through a series of grueling interviews only to be offered the same (if not less) pay and level of work you’re already doing? If someone’s work experience lines up with a certain level at your company, PLEASE don’t under-level them. This starts them off on negative footing and might push their career trajectory back by several years.

Time best spent growing will instead be spent fighting to correct an injustice. Just do the right thing. And don’t say it’s company policy, either. Bad company policies should be changed.

If you’re not part of the hiring process… 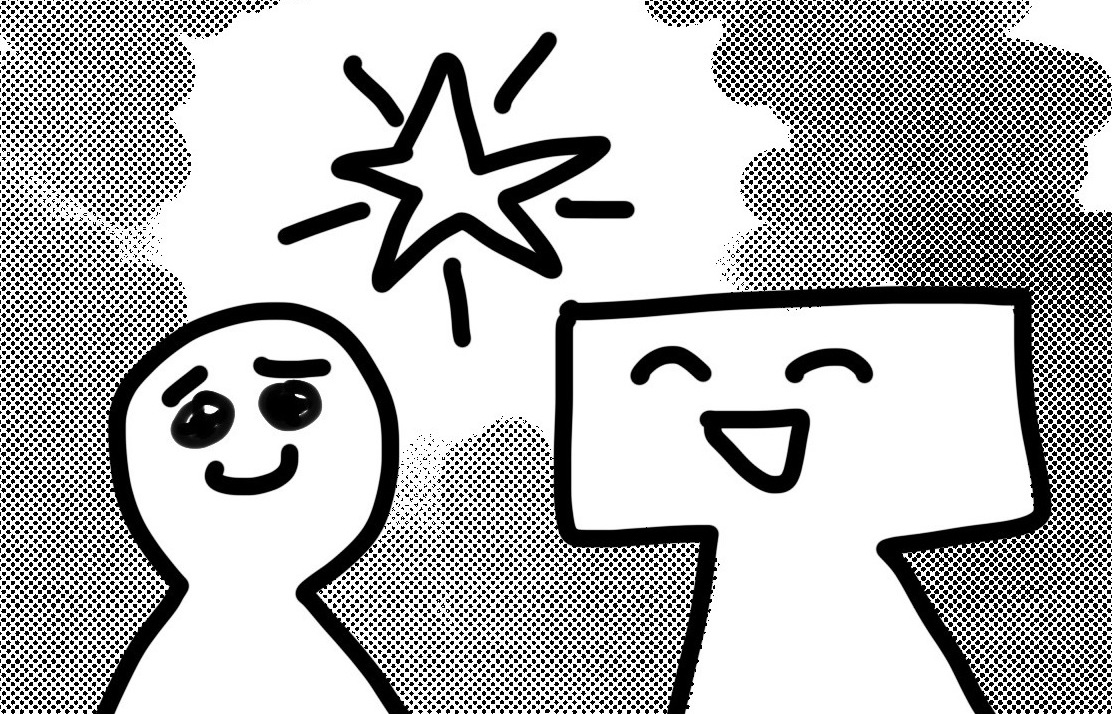 Referrals are a major hiring source at many companies. Many people refer directly from their networks, which can decrease chances at diversity because many have networks composed of people similar to them. If you’re a member of an overrepresented group, one of the best things you can do is to expand your network before referring people to your company.

Your work won’t stop at diversifying the referral pool, though: people from underrepresented groups are less likely to get a phone call or an onsite. Make sure to follow up about their status throughout the hiring process. Advocate on their behalf and explain why you believe they would be a valuable addition to the team. It might be scary to put your name on the line, but you need to do uncomfortable work to make an impact or call yourself an ally.

2. Shout out your teammates.

You can and should directly impact your teammates’ growth trajectories. Ask them about their professional goals. Hype up them up publicly with specific and actionable points of recognition when they do good work. If they perform glue work, thank them for it and highlight ways it contributes to your team.

Performance reviews are another great opportunity to help your teammates. Use your company’s competency matrix to assess their skills as objectively as possible and point out when they are delivering above their current level. Concentrate equally on their wins and their growth opportunities in your feedback. Again, make sure to focus on their actions and impact as much as possible. This will help their manager advocate on their behalf.

3. Use your skills to help others understand.

As a product designer, org design feels very familiar to me. When I recognized a lack of diversity at an employer, I collaborated with another designer to facilitate a workshop with hiring managers and recruiters. We co-created a hiring journey map and used data to identify focus areas. The session helped us uncover action items the hiring managers and recruiters could then assign to themselves.

Consider your skillset. Is there anything in your toolkit you can use to advocate for inclusion? How might you catalyze a broader conversation and create accountability? You have more power than you might realize.

Fed up? Assuming you have the means to do so, consider the option to walk out. This is a useful tactic when your employer says they care but don’t take action. If you do decide to quit, give feedback about why you’re leaving and make sure the feedback reaches as many people with the potential to make an impact as possible.

Everyone affects the diversity of our industry. And we all can impact the growth of people from underrepresented groups. I encourage you to take a more active role in the future by embodying the tenets of allyship.

Book me for your next event