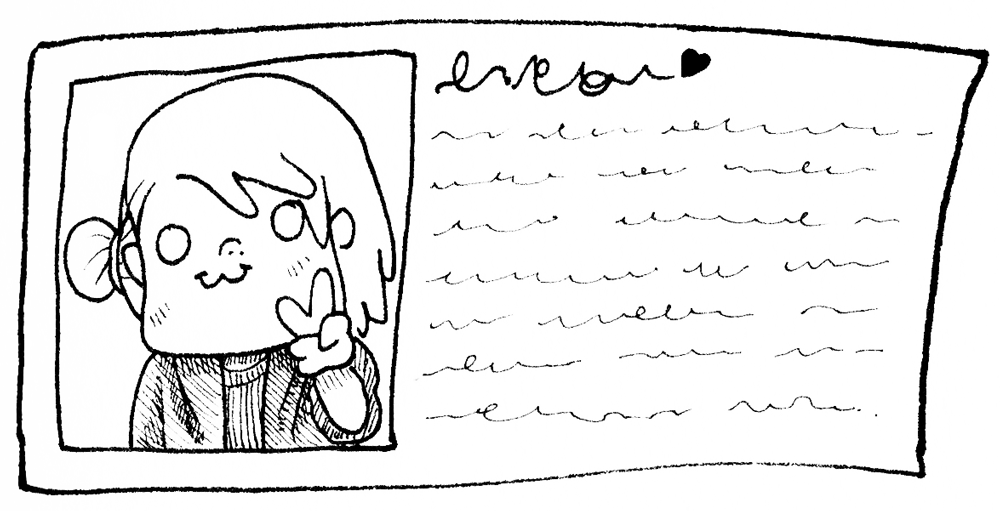 You need to create a bio before spreading your ideas across speaking engagement networks. Let’s create one together. You’ll need to grab a pen and print out page 4 of the worksheets I created for this series or prepare several empty pieces of paper. If you already have a bio you like, feel free to skip this step.

Different events and organizations request different lengths of bios. Therefore, it’s best to have at least three saved in an easy-to-access file for copying and pasting. Please note that bio lengths vary by industry.

My speaking experience is mostly in the realm of design, coding, and indie games, three industries in which requested bios often tend to be within 25 to 150 words. If you’re in an industry that tends to request larger bios, you’ll be able to adjust yours as necessary. It’s easier to add words than remove them!

Bios are commonly made of several components:

These components combine to create a well-rounded view of a person from a professional perspective. The current occupation and past employers help people understand what the speaker does. Awards, accolades, degrees, and educational affiliations (if any) add weight and relevancy. Interests and fun facts serve to make speakers feel more relatable and down-to-earth.

List your own bio components. You can either use the first area on page 4 of the worksheets or a blank piece of paper. Put down anything that might be interesting to your target audience.

Below are some examples of bios written by people I know in 2016 that combine these components. Let them serve as inspiration as you input information into each bio component section.

Nina Freeman is a level designer at Fullbright in Portland, Oregon. She is working on their current game, Tacoma. In her personal work, she is most often making vignette games based on her own life stories. She worked as a designer on IGF nominee “how do you Do It?” and IGF Student Honorable Mention “Ladylike.” She designed the recently released “Cibele,” a game about an online relationship created by Star Maid Games. You can find her work at ninasays.so, and you can follow her on Twitter at @hentaiphd.

Nina used this 89-word bio for a talk at the Game Developer’s Conference in 2016. It uses several of the aforementioned components including her current occupation (level designer at Fullbright), awards and accolades (IGF nomination, IGF Student Honorable Mention), and interests (making vignette games).

Her old bio was shorter but also great:

Nina Freeman is a programmer, a poet, and a real life mahou shoujo. She makes and writes about video games.

In 20 words, it gets straight to the point. Love it.

Stephanie Morillo is a Dominican-American musician, writer, and technologist hailing from the Bronx, New York City. She frequently writes about race, class, her experiences learning to code, and working in tech. She helps others learn to program, sings melancholic songs, and dreams about well-written documentation because the world needs it.

This bio reveals a lot about what Stephanie cares for and wants to do. It speaks volumes about her in exactly 50 words. Props to her for mentioning the Bronx, which is both my hometown and a location that is sorely underrepresented in the tech boom. Her last sentence is also funny, interesting, and very relatable.

Jane Friedhoff is a game designer and creative technologist who loves making games that encourage silly and absurd behaviors in public spaces. She co-founded the Code Liberation Foundation, which provides free, trans-inclusive, women-only game design and programming classes. She graduated with her MFA in Design and Technology from Parsons in 2013. Her portfolio includes Slam City Oracles, 2nd Amendment, and Scream ‘Em Up. Her games and interactive pieces has been shown at a wide variety of events, including Babycastles, NYU’s No Quarter, Different Games, Come Out and Play, Indiecade, GDC, and E3, and her academic work has been published in DiGRA. If a project involves screaming, awkwardness, or dance parties, she’s probably into it.

Jane’s 114-word bio reveals that she is not only incredibly talented, but also very fun to be around. Many will find it impossible not to think she’s awesome after reading this bio.

One of Forbes Magazine’s 30 Under 30 rising stars in media for 2013, Latoya Peterson is best known for the award winning blog Racialicious.com - the intersection of race and pop culture. She is currently the Deputy Editor, Digital Innovation for ESPN’s The Undefeated. Previously, she was an Editor-at-Large at Fusion, the Senior Digital Producer for The Stream, a social media driven news show on Al Jazeera America and a John S. Knight Journalism 2012-2013 Fellow at Stanford University focusing on mobile technology and digital access. She produced a YouTube series on Girl Gamers and is currently working on virtual and augmented reality projects.

Latoya’s work has been published in ESPN Magazine, The New York Times, The Washington Post, Essence, Spin, Vibe, Marie Claire, The American Prospect, the Guardian and many other outlets. As a digital media consultant, Latoya has worked with brands like NPR, Wikipedia, and Weber-Shandwick to provide demographic analysis, ideas on improving user experience, and specialized outreach. She was also a guest host for WEAA’s Michael Eric Dyson Show and a contributor/substitute digital producer for Al-Jazeera International’s version of The Stream.

She is also a Harvard Berkman Center Affiliate, a Poynter Institute Sensemaking Fellow, and one of the inaugural Public Media Corps fellows.

The longest example so far at 207 words, this bio proves without a doubt that Latoya is a boss. Readers can tell she’s been in the business for a long time. This is great inspiration, especially if you are further along in your career and want to get into public speaking. Beware that you may have to trim longer bios due to the requirements of certain speaking engagements!

Once your components are filled out, you can write a short, 25-word bio. This will get your bio-writing gears turning. Combine your favorite pieces of component data into a short statement.

Here’s my short bio from 2016 for reference:

Short bios challenge you to see how much relevant information you can put into a small number of words. This version contains the bare minimum information about who I am and what I do. See how much you can pack into yours. Rewrite it as many times as you need to until you feel good about the result! It’s best if you can compare each version you create, so try not to erase anything.

When you reach a good point with your short bio, you can move on to creating a medium-size one. Medium bios are generally around 50 words long. It’s twice as long as the previous one you wrote, which means you can fit so much more! Fab.

Here’s my medium bio from 2016 for reference:

Catt is a product designer, game maker, and developer. She is currently making awesome things at Etsy. She started programming interactive games at the age of 10 and has been going ever since. In her spare time, Catt organizes events and teaches game development with The Code Liberation Foundation.

It clocks in at just under 50 words.

You’re probably a bio-writing pro by now. Now is the perfect time to focus on the behemoth: your 150-word professional summary. Go all out. List every component piece you had to cut out before. Have fun!

If you’d like something to reference, here’s an example of a long bio I would use in 2016:

Catt is a product designer, game maker, and developer. She is currently making awesome things at Etsy.

With a design career spanning over ten years, she has done design work for companies of all sizes including SoundCloud, Bedrocket, and Nasdaq. She started coding at the age of 10, designing at the age of 15, and graduated from SVA with a BFA in Graphic Design in 2011. In 2016, she received an MS in Integrated Digital Media from the NYU Polytechnic School of Engineering.

Catt’s work has been covered by many publications including BuzzFeed, Black Enterprise, and The Mary Sue. She has spoken at schools and events across the country, including a TEDx event. In her spare time, she mentors women and teaches game development through The Code Liberation Foundation.

Pretty legit. If you don’t have a ton of degrees, awards, or accolades yet, that’s nothing to worry about. Add in some recent projects. Write about your interests. I know you’re secretly doing some pretty cool stuff. This is the time to brag.

When your bio is ready, you are truly ready to spread your ideas. The next post features methods for proposal submission.