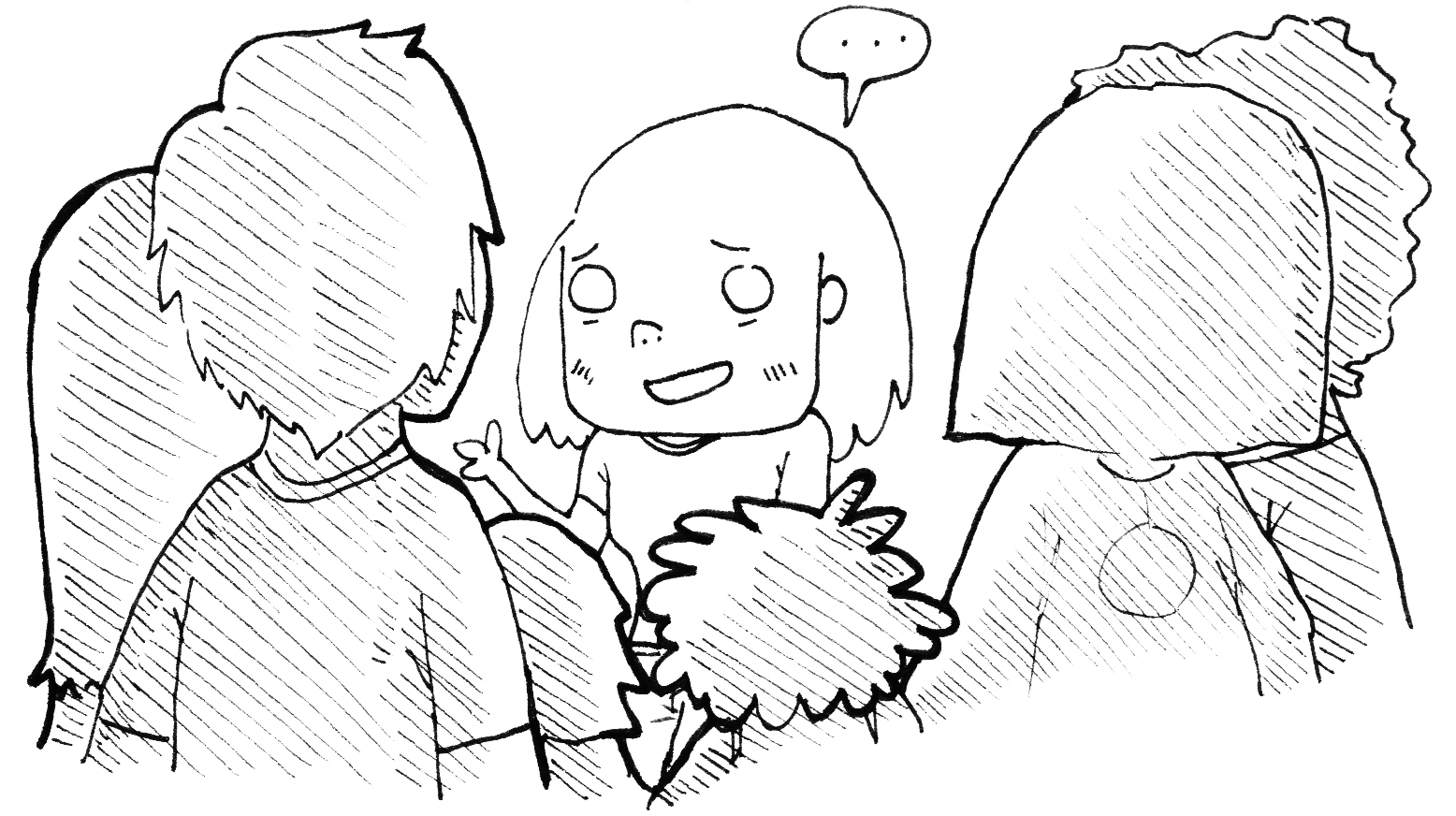 If you’re like me, public speaking naturally makes you uncomfortable. If you’re not, you are a lucky individual and should probably skip this section. Please note that I’m shaking my fist at you, confident person, as you read this. Just kidding. Not really.

Before you can speak confidently on a stage, you must do three things:

Let’s break these things down. You can skip any parts that don’t apply to you.

I was always taught to think before speaking. Generally, this is very good advice. However, I quickly learned that this exact advice is detrimental to being heard in work situations.

I spent so much time thinking about what to say that I never got to say anything. I left many meetings feeling frustrated because conversation topics changed before I could get any words in. Feeling worried about yet again being told that I was too quiet, I decided to figure out a way to get heard more without changing the core essence of what makes me me. I started to say what was on my mind as soon after I thought it as possible.

As I spoke in the moment more, I found that I improved at dynamically composing my words each time. I began writing down points in case conversations started to shift so that I could provide finishing thoughts. I observed social cues that notified people that others wanted to speak and began using them in conversations. Soon, I was a thought-providing machine.

Practice speaking candidly with friends and at work – instead of mulling over the perfect thing to say, see what happens when you rely on your instincts. An additional benefit of this exercise is that you will likely gain more visibility each time you do it. The more you say what’s on the top of your mind, the more people will hear you. Continue to ensure that you are providing value to the conversation, of course, but don’t worry about finding the perfect way to word a sentence. You can always break your ideas down further if people don’t understand you the first time.

Get comfortable with failure

It seems like people, especially Americans of the U.S. variety, are taught to avoid failure at all costs. What we often don’t consider is the fact that failure helps people to learn and improve. Sure, in certain cases mistakes can destroy your life, but they are not usually as life-threatening or life-changing as people might like to think.

For example, I failed a test for the first time when I was about fifteen. To make the situation worse, it was a midterm exam. Until then, I’d been a great student with a GPA above 3.5. I was terrified that my parents were going to punish me and that I would get kicked out of school. But nothing happened. My parents told me that the real world doesn’t always work like tests and that yes, I should do better next time, but it wasn’t the end of the world. I worked hard next time and managed to pass the class. No one in my professional life has ever questioned me about failing that midterm, and I doubt anyone ever will.

At one conference I attended, I saw a speaker warn the audience that they were sick before starting the presentation. They paused several times to catch their breath during the talk – the audience clapped each time in support of their dedication and strength. At the end of the talk, the audience cheered and praised the speaker for being able to deliver an interesting presentation while being under the weather. I’m not saying you have to speak onstage while sick (seriously try not to!), but rather that your audience wants you to succeed and appreciates honesty.

If you make a mistake while speaking, don’t dwell on it. Correct yourself quickly and move on. Even feel free to laugh at yourself or be honest about your situation. For example, when I started speaking, I often told people to wave their hands if I needed to speak louder. If I’m feeling tired, I warn people in advance so they aren’t surprised if I am not speaking as coherently as usual.

Care less about what others think

Many people focus on how others feel about them rather than the messages they are sending. If you’re busy worrying about how you look instead of the words you’re saying, you will appear less confident and make more mistakes. Concentrate on yourself instead – what are you trying to say, and what makes you feel satisfied?

This lesson also extends to other areas of life. For example, I used to worry about how people thought my clothes look. Instead, I began focusing on how I wanted to look and the clothes that made me happy. More people began to compliment me and say they admired the fashion choices I made. Focusing on my personal needs helped me become more confident, and people noticed.

Instead of saying what you think people want to hear, share what you want to hear. Please note that this doesn’t mean you should stop caring about how other people feel. You can be confident and respectful at the same time. Try not to cross the line and turn into a jerk, fledgling speaker!